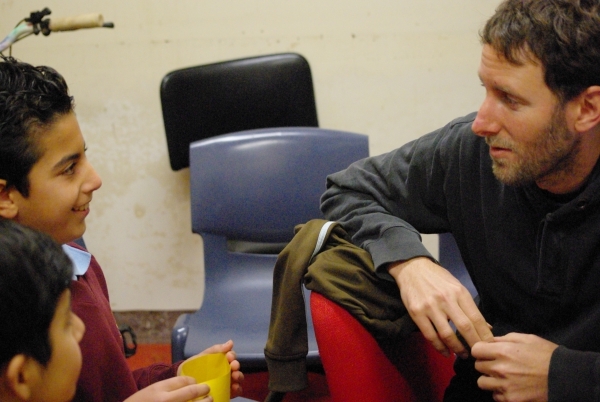 Since 2007, Meem has worked extensively throughout Sydney facilitating music production workshops and developing audio, film and theatre based creative projects.

His work with young people at Shopfront Contemporary Arts Centre involved teaching production / music writing skills, to assist participants to develop original audio pieces. He has worked on sound design and music facilitation for Shopfront since 2008, and has been a key artist for all major projects between 2008 - 2014, including Lost Toy Story (2008), Superperfect (2009), At The Drive In (2010), Machine Atlas (2011), Arcade Assembly (2012), Travel Songs of Sea and Land (2013) and Citadel (2014).

Since 2014 he has held an artist in residence position at Woniora Public School for the International Room 13 project.

Additionally, he is a key artist for the annual Story Weavers Project at Rivendell School (since 2016), and has delivered workshop and audio design for The Opera House outreach education program (since 2017).

Meem has worked with a wide variety of students of all ages, and from many diverse backgrounds. Age groups have spanned from 5 year olds to older adults, with the majority of workshops focussing on youth between the ages of 10 - 25. Participants include refugees, recent migrants, ex-homeless, aboriginal, students with behavioural difficulties, juvenile detainees, mental heath groups, disabilities, and sufferers of emotional trauma. Music created in these workshops was developed specifically for use in theatre performances, pubic events, recorded audio for CD, and for radio and film.

Public exhibitions and events featuring work from these projects have been held in venues including the Museum Of Contemporary Art, Hazelhurst Gallery and The Opera House.