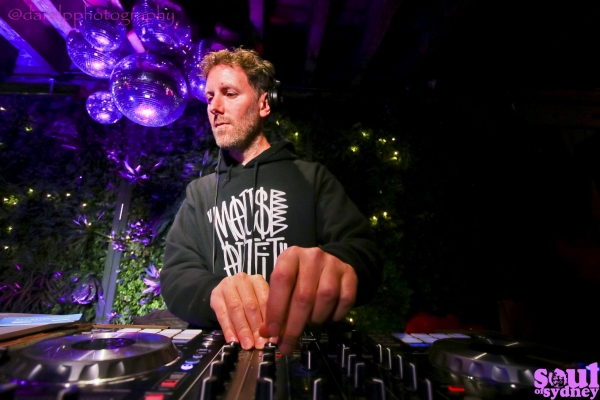 DJ Meem is a respected DJ from Sydney, Australia. With a mammoth music collection, Meems musical tastes are nothing short of diverse. His interest in all genres of music makes for dynamic and broad-reaching DJ sets. A love of Funk music (in all its forms) is the backbone of many DJ sets, although aside from Funk you may also hear Soul, Disco, Boogie, Hip Hop, Beats, Reggae, Rock, African, Jazz, Calypso, Tropical, Ska, Rhythm n Blues, Swing, Jump Blues & Re-edits. In short Meem weaves ingenious DJ sets that span from incredible vintage music through to new release Hip Hop and Beats. His sets are praised for diversity, flow and fun. Meem has a genuine approach to playing the music he loves.

Meem has DJ’d widely across Australia and has held numerous Sydney residencies, some of which include The Opera Bar, Newtown Hotel, Tokyo Sing Song, Miss Peaches, The Vic On The Park, Ching-a-lings, The Bearded Tit, The Loft, Tonic Lounge, Marble Bar and The Arthouse. For many years he has performed as resident DJ at The Famous Speigeltent as part of The Sydney Festival, and has also supported both Thievery Corporation and Tom Findlay (Groove Armada). Outside of Australia he has DJ'd in European Countries such as Croatia, Hungry and The UK, and has also played in the US in both San Fran and L.A.